“When my daughter was diagnosed as autistic, I learnt to relax”

The desire to defend against rejection is one of the deepest ones, and it compels more of our acts and choices than we will ever know. As a child, being marked as an outsider feels especially threatening, and as a result, we scan the landscape and seize upon anything that promises to keep us safe. This is the moment many of us learn to over invest in the things we can control – like how much we work and how hard we try – in order to defend against things we cannot, like whether we are accepted.

But the structures we build to keep us safe can end up penning us in. And sometimes, it is only when we love something – or someone – more than ourselves, that we find the strength to dismantle the rules that we’ve lived by step forward into our own worth.

“My dad moved to England when I was small, and I stayed in Vietnam with my mum. We were in a village, and we were quite happy. There wasn’t much money and my mum had to work hard, but I had good education and friends. But when I was 11, we went to live with my dad in England – he worked in a factory in Scotland. The place we moved to in the beginning wasn’t very nice. It was a flat, and not a good one. I thought ‘Why am I here? I don’t want to be here.’ I didn’t speak any English, so I started at this big school full of white kids without being able to talk. I couldn’t ask for a glass of water. There was only one other Vietnamese family – their dad worked in the factory as well. They were older, but they looked out for me. Like once I remember there was this bully who would pull his eyes and tease me for being Asian. I know those Vietnamese kids told him to stop. It was quite good that I had them.

I learnt the language quickly and had friends. School and Uni were good. I married at 25. Dan and I have a good marriage, he’s a really calming person. His family are from Vietnam too, so we are coming from the similar place about some things, but he was born here. I wanted all the normal things – a house, a good job and children. I wanted to do everything right.

I went into banking and I worked hard. I am good with numbers, I have an analytical mind. Banking has quite a clear career path, you start off in junior positions and you work your way through all the different levels. This is good for me because I am a systems person, I don’t like to estimate things, I like to be sure. But when you go further up, it gets harder and harder. There were a lot of occasions where I didn’t feel I was good enough. It was hard work and a lot of back-stabbing, in some ways it was a struggle. If you can measure happiness in numbers, I was maybe a 40% then. It was not very high. And you catch people’s attitudes like a flu. I was quite obnoxious at times, quite horrible because that’s how people act in banking. It’s the culture. I thought this is how it is here, because then my thinking was still very black and white – I wasn’t so flexible then.

Getting stuff done properly felt important. I used to go in at weekends and work for hours, and I’d stay really late in the week. Because people were very critical in that industry and you had to get things right.

But it was a struggle. I worked so hard that my periods stopped and I couldn’t get pregnant. I changed jobs, and had some medical procedure which worked, but then I had two miscarriages. That was heartbreaking. I had the second one at work, so awful. I was in agony and so upset. It was such a bad time for me because I was trying so hard but I couldn’t make things go right.

My daughter was quite intelligent. People were surprised by the things she could do at four months she could hum a tune. Musically she was exceptional. And before she even started school she was reading. But socially we had some problems. She was pulling hair and hitting. Her language was quite delayed. To start with on maternity leave I was mixing with other mums, but I got stressed. I was always worried she was going to hurt another child. She was never nasty, she just wanted to interact and didn’t know how. But people can be superior about these things so I stopped taking her to the park. I didn’t want to see these other people.

When I went back to work, I put her in a nursery. It was supposed to be a good one. But they were so unsupportive. I was in a really hard job at that point, a new one, and I was going in at five o’clock in the morning because I didn’t know their systems yet. And the nursery kept on phoning me to say that my daughter is hitting people. And they made me feel like they’ve never seen anyone like that. I would be in a meeting with my director and they would phone, saying you have to come and collect her now, because she’s hit another child. Once she bit another child. I cried and cried. I said ‘why are you doing this? If you want to bite someone, bite me.’

They said you should take her to another nursery that can meet her needs. They wanted to boot her out. I was so angry. So upset. I thought is she being rejected because am I different? Like is it because of the race? I was so upset. I even looked into the legality of it. Can they send my daughter away? I fought them, but I agreed that someone could come to assess her. There was a few stages and then suddenly I am in this room and autism is being mentioned. I think I cried for two years after that.

It felt like I had got everything wrong. Because I am not a risky person. I like to stick to a plan. All the dreams of future, of her going to Uni – it all shattered. And suddenly I thought ‘My God, why me? Why, what have I done?’ I was completely lost because I had no plan for this.

But my husband was really calm, and in time you start to adapt. I had counselling that helped because we talked about things not being how you expected, but them still being good. One thing that really changed is that work took a backseat. Because my daughter needed me – to help develop language, and also to push for her rights as she got older. I took work at the lower levels from then, so it was more calm and I didn’t have to do all the extra hours. But people can be quite unpleasant about that. When you meet people and they ask what you do, I hate that. They can make you feel like a lesser person.

But it’s worth it for the benefits to my daughter. Because her language caught up with other children, and as she developed she was able to understand about the hitting. She would never hit anyone now, she’s such a happy girl. I had no manual for this new situation. People say you just have to go with your gut and deal with the best you can, which is really not my norm. Really I had to learn to be different. Being unsure and hoping for the best is against everything I know really. But you find strengths in you that you didn’t know you had. You just keep going.

She’s done so well, we put in a lot of effort with her and it’s worked. And her music is amazing. That’s another reason why I need to work less hours, because I take her to so many rehearsals and performances. She is part of the best youth orchestra in the country.

This has made me feel very proud. I never expected that. And I would say I learnt a lot. Because I leant maybe I can’t control everything because you don’t know what is going to happen. My husband says I’m a hell of a lot more chilled out than before. In some ways this has been good for me because I learnt to accept some things and be calm.

In terms of happiness, I think maybe I’m 85%. Which I think is a good number. This is what I am learning, that things don’t have to be 100% and they are still okay, they are still good.”

As an 11 year old, Jing was a stranger in a foreign land. She was taken to a place she didn’t want to be, where she couldn’t understand and more importantly, she couldn’t be understood. Her survival instinct told her that she must identify the rules and conform to them, so she could fit in and defend against rejection.

She worked hard and she achieved – gravitating towards jobs that had a clear ladder for progression, so she could invest her energy in following procedure and get things right.

But rules can enslave as well as protect. And the more pressure Jing experienced, the harder she worked to do the right things and conform. Then, in the midst of doing everything to get it right, she was told that something was wrong.

The nursery’s assessment of her daughter being different to the others, and therefore not acceptable to them was devastating for Jing, because it was a profound manifestation of all she had always feared. The most important part of her – her child – was judged by her care-givers, who decided she did not fit and should go away. Jing was broken by this, but in a way that allowed her rebuild. Her love and commitment allowed her to back her daughter instead of being shaped by her own drive to fit in, and over time, it taught her that when life doesn’t conform to norms, is still a whole life of value, and able to bring her joy. 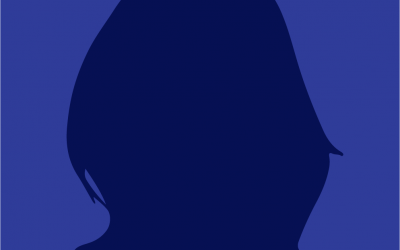 “My obsession with health left me half starved.”

END_OF_DOCUMENT_TOKEN_TO_BE_REPLACED 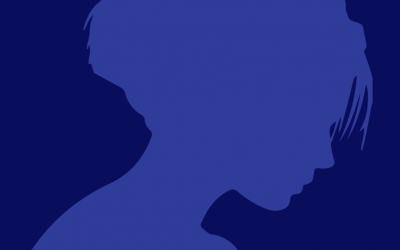 ‘When my life fell in a hole, I knew how to save my relationship.”